What happened to Trump’s promise on gun control?

What happened to Trump’s promise on gun control?

US President Donald Trump said after recent mass shootings that he wanted the country to have stricter gun laws. Now the issue has gone quiet. Here is what happened to the president’s plan to end America’s gun violence.

Lateria Moran, 16, was inside her grandparent’s house when she heard gunshots. Running outside, she found her cousin Jaquarrious Roberson, also 16, with a bullet in his head.

Moran stayed with him until the ambulance arrived. The memory, she says, is searing.

“Like a video,” she says. “When you go to bed at night, it keeps replaying.”

On Wednesday, the president visited Moran’s hometown of Monroe, Louisiana, to campaign for the Republican challenger in the race for governor.

Manufacturing is one of the town’s main industries, but Monroe is better-known for its violent crime. It is one of the nation’s most dangerous cities, with a violent crime rate of 724.6 per 100,000, according to the FBI’s Uniform Crime Reporting statistics.

That’s nearly twice the national average of 368.9, and higher than bigger cities like Baltimore and New Orleans.

“Homicides and gun violence – it’s kind of like in your backyard”, says Nathaniel Ward, who works for a local oil company.

After school, Moran went to hear the president speak, hoping that he would address the issue.

“I wanted to see what the president says about gun violence and how he’s going to change it,” she says. “I feel like there’s something that can be done.” 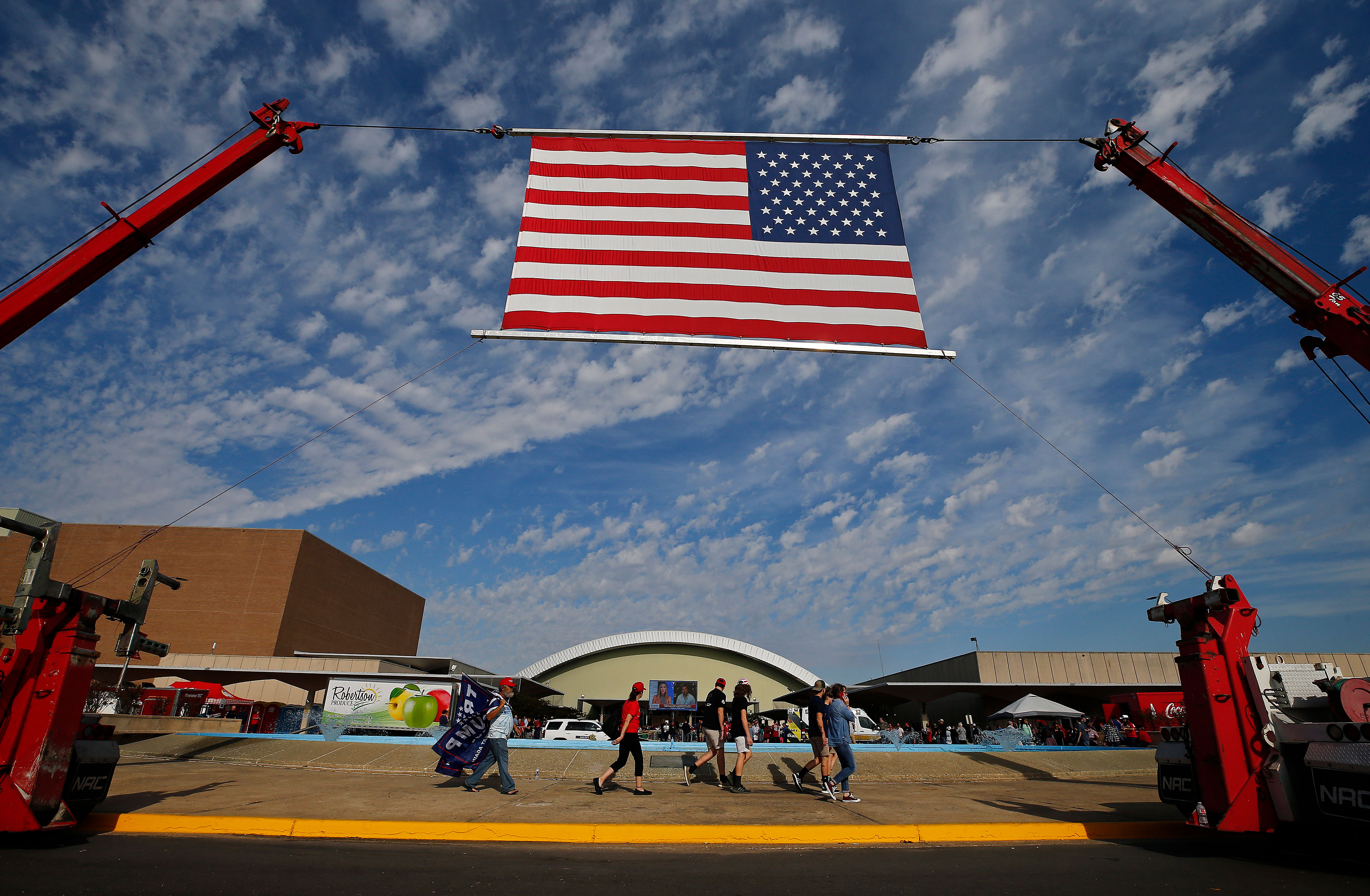 One of America’s most dangerous cities

Trump did speak about guns at the rally. Yet he did not describe efforts to end the violence. Instead he spoke about protecting the rights of gun owners and implied that Democrats were trying to take them away.

“They’re after your Second Amendment,” he said, referring to the right to bear arms.

It was a marked shift in tone from just a few weeks earlier.

After two mass shootings, one in El Paso, Texas, and one in Dayton, Ohio, in August, the president shared the nation’s dismay over the violence and said he wanted tighter background checks on gun buyers. He said he planned to release a proposal for new laws in the autumn.

At the time, he was responding to a demand for stricter gun laws. Most people in the US believe the laws should be tougher in order to combat the violence, according to Pew Research.

The issue has been a major concern throughout his presidency, which has coincided with some of the worst mass shootings in US history – Las Vegas, Sutherland Springs, Parkland and El Paso.

He brought Republican lawmakers to the White House last year after the shootings at a Parkland, Florida, high school, saying he would work with Congress: “It’s time that a president stepped up.”

But then this September, Nancy Pelosi, the Democratic speaker of the US House of Representatives, announced an impeachment inquiry, saying the president had betrayed his office by trying to pressure the Ukrainian leader into opening an investigation and further Trump’s political goals.

After the inquiry began, the president lost interest in gun laws, and his plan to combat the violence was shelved.

The president’s aides say Trump is not planning any announcements on gun legislation in the near future. One White House official says they simply cannot go forward because impeachment has got in the way.

“There was clear momentum to see meaningful action against gun violence,” says the official, looking sombre in a West Wing office. “But the speaker of the house [Nancy Pelosi] took the wind out of the sails.” 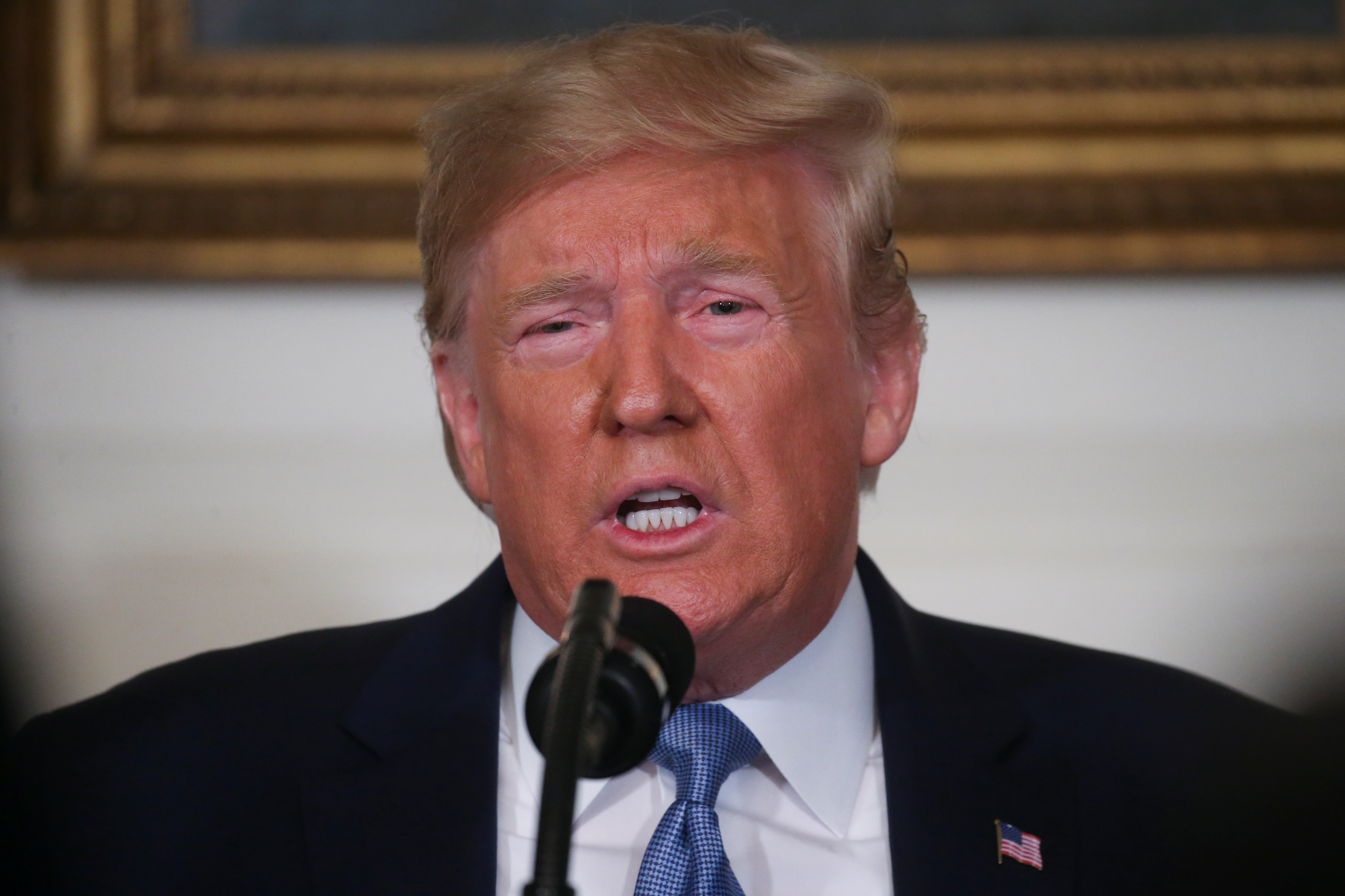 Republican analysts say there are political reasons for the president’s change of heart. They say that while Trump has spoken in the past about gun laws, now he needs the support of ultraconservatives to win re-election.

“There’s no political will for it, and it kind of falls out,” says Amy Swearer, a senior legal policy analyst at a conservative think-tank, Heritage Foundation, referring to the president’s plan for background checks and other legislation. “From our perspective, that isn’t a bad thing.”

In Louisiana, like others across the US, ultraconservatives were pleased to hear Trump defend the rights of gun owners at the rally.

“Sometimes you got to give certain things a rest,” says Clayton Kelley, a painter who was wearing a T-shirt that had a picture of an assault rifle on it along with the phrase: “I will defend my rights against all enemies – foreigners and Democrats”.

Chelsea Parsons, a vice-president at the progressive think tank Center for American Progress, says the president has approached the issue “from a position of bad faith”, supporting gun control when people were outraged about mass shootings, and dropping it when attention dissipated.

She says impeachment is an excuse and that in truth, the president does not see the issue of gun control as important.

But for Lateria Moran, who waited outside the rally because it was too full, it is a matter of deadly importance. Her cousin’s murder, a suspected drive-by shooting, is still unsolved.

“I just want things to get better for my country and for my city.”

Scroll for more
Tap
data-ad-format="auto">
Uber CEO calls Jamal Khashoggi murder ‘serious mistake’
Broadway pays tributes to Laurel Griggs, 13, who dies of asthma attack
We use cookies to ensure that we give you the best experience on our website. If you continue to use this site we will assume that you are happy with it.Ok