Government money allocated to improve motorsport safety was used by the Ulster Grand Prix to refurbish a club house and build facilities, including a shower and toilet block, BBC News NI understands.

Three riders have been killed at the Dundrod circuit since 2017.

Both Jamie Hodson, from Wigan, and Gavin Lupton, from west Yorkshire, died after crashes in the 2017 race – which is billed as the fastest road race in the world.

In 2018, French rider Fabrice Miguet was killed at Joey’s Windmill, the right-hand bend where Hodson came off his bike and hit a telegraph pole the year before.

Mr Givan had met officials from the Ulster Grand Prix before making the announcement and had been lobbied by his party colleague Ian Paisley to support proposals.

Sport NI was aware of how the Ulster Grand Prix intended to spend the money, as can be seen from an approved business case which BBC News NI has seen.

In total, £535,000 was allocated to improve motorsport safety by the Department for Communities, which was distributed by Sport NI.

Speaking at the time, Mr Givan said he had been moved to provide the money after the death of Malachi Mitchell Thomas at the North West 200 in 2016.

Mr Givan described the funding as one of his most important actions since coming into office.

The funding was announced on 24 January 2017, shortly after a snap assembly election had been called. 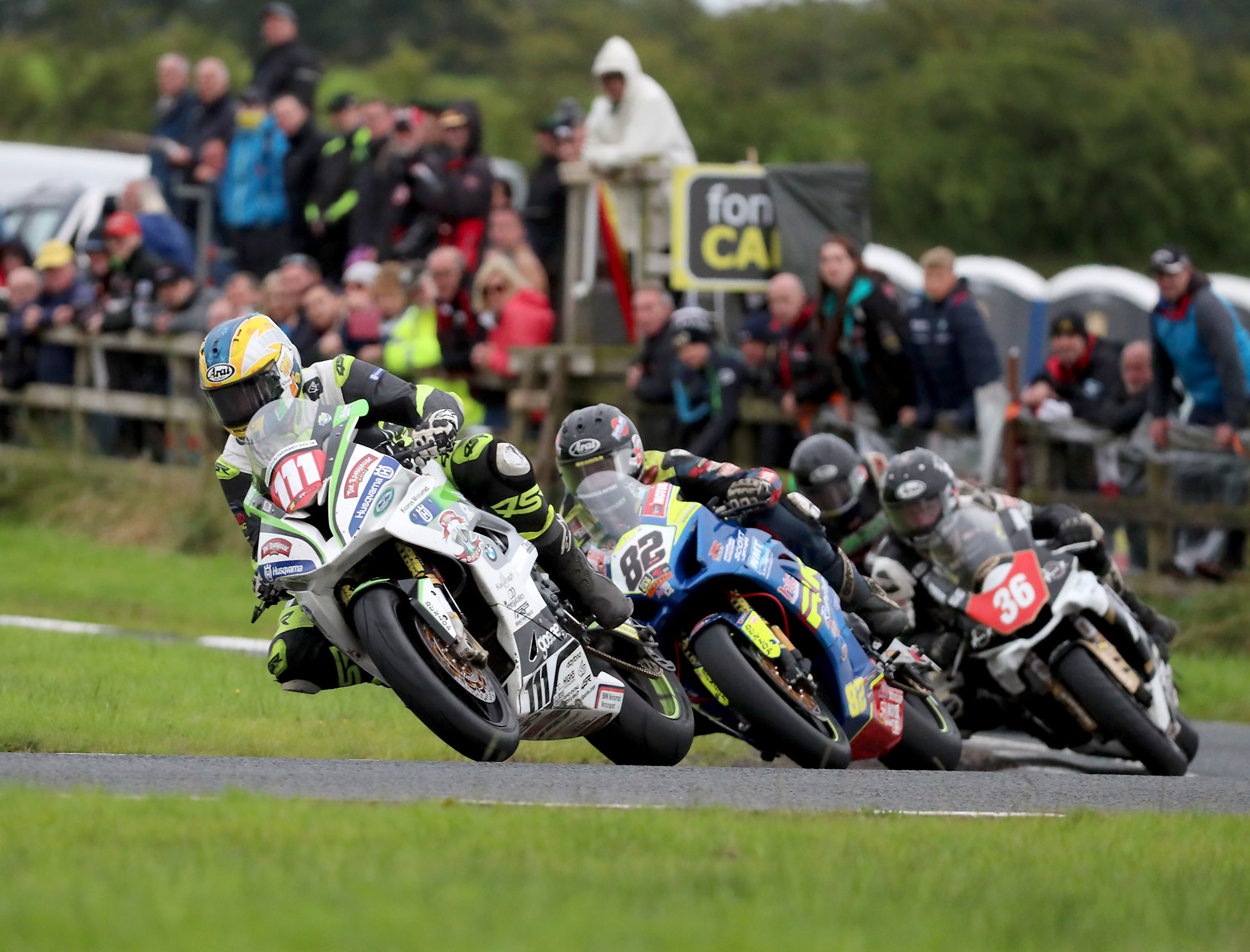 BBC News NI obtained a copy of the business case for the full £535,000 funding, which is then broken down into sections for each race, through a freedom of information request.

Despite the money being announced in January, the projects had to be completed by 31 March 2017.

The business case states that a review of each project funded should have been carried out by 31 March 2018.

Sport NI told BBC News NI the review had been completed by the grant recipient.

Sport NI has not completed any evaluation of how the money was spent, or how effective it was, saying it aimed to complete an evaluation in “a timely manner, subject to available resources”.

The business case shows that, of the money allocated to the Ulster Grand Prix, £25,000 was spent on 80 safety bales and £230,000 on building and ground works.

Dundrod and District Motorcycle club, which organises the race, provided a monitoring return detailing how the money contributed to the safety of participants and spectators along the seven-mile circuit.

This states the money was spent on an extension to the riders’ paddock, intended to accommodate race vehicles and conform to fire regulations.

It also lists the “completion and fit-out of David Wood Ulster Grand Prix House”, which enabled the club to host “race safety seminars, marshal training, newcomers’ induction courses and training for the hundreds of volunteers involved in running the motorcycle racing event each year”.

A refurbished David Wood Ulster Grand Prix House had officially opened two years earlier, but organisers said the work had not been completed.

Some of the funding was spent on the construction of a new building to help test the safety of bikes – which Ulster Grand Prix said was vital.

This building was also fitted with shower and toilet facilities.

Some £40,000 was also allocated to hard-surfacing existing gravel areas to improve wheelchair access.

‘More should have been spent on safety’

But the girlfriend of one of the dead riders has questioned whether enough of the funding went towards improving conditions for competitors.

“The thing that doesn’t rest well with me is the actual amount they’ve spent on safety… especially if that’s what they’ve been given the money for,” said Rachael McKay, the long-time girlfriend of Jamie Hodson.

“I don’t begrudge them spending money on facilities as they do need updating, but its the sheer amount of money.

“More should have been spent on the safety.”

Jamie Hodson came back early from a holiday in Cyprus with Rachael McKay to take part in the Ulster Grand Prix.

The Department for Communities said it was satisfied the funding had been used as intended, and that Sport NI carried out post-project evaluations “in an appropriate and timely manner”.

Sport NI said the money was spent in line with the business case, adding that it works closely with the sports governing bodies to improve safety.

A spokesman for Paul Givan said: “Sadly, since the investment was made there have been more fatalities.

“However, lives have also been saved, including a rider at the North West 200.

“Whilst the number of incidents and injuries prevented as a result of the investment cannot be fully quantified, undoubtedly it has made a positive impact.”

Even though the Ulster Grand Prix lobbied Mr Givan for funding, the scheme was administered by the department, added the spokesman.

The organisers of the Ulster Grand Prix said they had presented an application for funding to Mr Givan in 2016, to fund:

“The improvement of safety around all areas of the race event was a principal factor in the application for funding,” said Dundrod and District Motorcycle club.

Every effort is made by organisers to make the event as safe as possible, they added.

“Risk assessments are carried out each year and improvements are put in place to enhance track safety.

“The dangers of racing in a closed roads environment remain.

“Further investment is required to maintain safety initiatives, not only in motorcycle road racing but across all motorsports in Northern Ireland.”

Scroll for more
Tap
data-ad-format="auto">
Legionnaires’ disease: Second Bulgaria holidaymaker dies after trip
Ryanair passengers face disruption as strike starts
We use cookies to ensure that we give you the best experience on our website. If you continue to use this site we will assume that you are happy with it.Ok