Mr Hunt oversaw the London Olympics as culture secretary and was the UK’s longest-serving health secretary.

Before entering Parliament, Jeremy Hunt had a career as an English teacher in Japan and as an entrepreneur.

He became the MP for South West Surrey at the 2005 general election, taking over from Virginia Bottomley.

From 2005 to 2007, Mr Hunt was shadow minister for disabled people. It was a reward for supporting David Cameron, who attended Oxford University at the same time as him, in the Conservative leadership election. 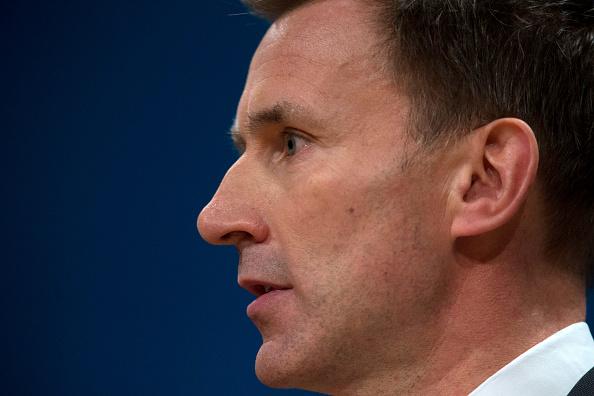 In 2009, he was found to have breached expenses rules and ordered to repay more than £9,500. He had allowed his agent to stay rent-free in his constituency property, which was designated as his second home.


Mr Hunt had claimed £19,117 in public money towards the property, but it was decided he hadn’t benefited financially from the situation.

When the Conservative-Liberal Democrat coalition government was formed in 2010, Jeremy Hunt joined the cabinet as secretary of state for culture, Olympics, media and sport.

It was a key role in the run-up to London’s 2012 Olympics and he worked closely with then London Mayor, Boris Johnson.

Mr Hunt campaigned on the importance of tourism during the Olympics. And he took the decision to double the budget for the Olympic and Paralympic ceremonies from £40m to £81m.

The Olympic opening ceremony was widely seen as a big success.

Mr Hunt also put emphasis on creating a lasting legacy for the games.

The government gave Sport England £1bn to invest in grassroots sports, and Mr Hunt said there was an “extraordinary chance” to “reinvigorate this country’s sporting habits for both the young and the old”.

But in the years that followed there was only a small increase in the number of young people taking up sport.

Earlier in 2012, his career was hanging in the balance. During the Leveson Inquiry into the culture and practices of the press, his contact with the Murdoch family came under scrutiny.

Mr Hunt was responsible for overseeing the proposed takeover of BSkyB by Rupert Murdoch’s News Corp.

He was criticised for failing to supervise his adviser’s contact with News Corp, and for messages he exchanged with James Murdoch on the bid. His special adviser, Adam Smith, was forced to quit.

The inquiry released texts sent from Mr Hunt to News Corp lobbyist Fred Michel when it was bidding for BSkyB. The culture secretary addressed him as “Daddy” and “mon ami” – their wives had given birth in the same hospital in May 2010. Separately, in December 2010, he told Mr Michel there was “nothing u won’t like” in a forthcoming speech.

Mr Hunt insisted he acted with “total integrity” during the bid process.

As culture secretary, Mr Hunt also led a government plan to launch local television stations across the UK. More than 30 had been set up before Ofcom later scrapped the roll-out of any further channels, because of limited interest from viewers and financial difficulties.

City TV, the holder of the local TV licence for Birmingham, was forced to appoint administrators to find a buyer before it was even launched, for example.

Mr Hunt also announced a deal with the BBC to freeze the licence fee for six years at £145.50 from 2010. He said high executive salaries and an advantage over commercial broadcasters were a cause for concern.

That was equivalent to a 16% budget cut in real terms and led to the BBC having to make savings, including 2,000 job losses.

Under the agreement, the BBC also took on responsibility for funding the World Service, the Welsh language channel S4C, and the roll-out of broadband to rural areas.

But Mr Hunt held office during the slowest period of investment in the NHS since its foundation – which created big problems.

Since the NHS was established, health spending has risen by about 4% above inflation each year on average. Post-2010, as the coalition budget tried to reduce the deficit, this fell to about 1% a year.

This came as demands on the health service were growing.

Between 2005 and 2015, A&E visits went up by almost 30%. And during Mr Hunt’s tenure as health secretary, the number of people in the population aged 85 and over went up by about a third.

The independent Office for Budget Responsibility said funding for the NHS needed to rise by 4.3% a year just to keep up with rising demand, without actively improving standards.

NHS England has not met any of these targets since 2015.

Just 85.3% of patients were seen at A&E departments within the waiting time target of four hours in January 2018. At least 95% of patients attending A&E are supposed to be either admitted, transferred or discharged within four hours.

As well as a series of austerity measures – which included extending a cap on pay increases for NHS staff – he was also criticised for his handling of the junior doctor contract row.

Mr Hunt said that changes to contracts were essential to deliver a seven-day NHS in England by 2020 – a pledge in the Conservatives’ 2010 election manifesto.

To achieve this, the proposed contracts would mean evenings and Saturdays would be considered “normal” rather than “unsocial” hours and would no longer attract overtime pay.

The NHS’s pay review body had said the cost of paying a premium on these “unsocial hours” put delivering a seven-day NHS out of reach.

Junior doctors responded by tweeting pictures of themselves working weekend and late shifts, with the hashtag #ImInWorkJeremy.

Junior doctors took part in a series of walkouts in 2016. On two strike days, between 08:00 and 17:00 even emergency care wasn’t covered – the first time that had ever happened in the history of the NHS.

Public support for the strike was high, and even after doctors withdrew emergency care, the majority of the public (57%) still supported the strike and believed the government was more at fault (54%).

A new contract for junior doctors was later imposed, after BMA members rejected a deal agreed by the government and union negotiators.

Despite heavy criticism, Mr Hunt did go on to secure a funding increase for the NHS, totalling £20.5bn in real terms by 2023.

He also oversaw the introduction of an Ofsted-style system for rating hospitals and GP surgeries in England, ranking them on things like cancer, mental health and diabetes services.

Mr Hunt repeatedly referred in speeches to cases where individuals had received bad treatment in the NHS. He said he was horrified at the report into the Stafford Hospital scandal.

He went on to overhaul the inspection regime, introduce a new duty of candour on staff and fresh rules about whistle-blowers.

Social care was added to his brief in 2018. He spoke of the need to integrate social care, funded by local councils, with services delivered by the NHS.

He had already overseen a transfer of money from the NHS to council budgets from 2014. This shared budget was designed to tackle the problem of elderly people having to stay in hospital beds unnecessarily, because of a lack of care for them at home.

After this, the number of these cases fell.

He also oversaw the introduction of the first national waiting-time target for mental health treatment. From April 2016, the NHS said at least 50% of people experiencing a first episode of psychosis should begin treatment within two weeks of referral.

In March, he became the first Western foreign minister to visit Yemen since conflict there began.

He has faced criticism for allowing the UK to sell arms to the Saudi regime, which is involved in a controversial military campaign in Yemen. But he has previously defended UK-Saudi ties, saying Saudi Arabia is a “very, very important military ally to the UK“.

His time as foreign secretary has not been gaffe-free. During a meeting on an official visit to China, he called his wife “Japanese” – although she was born in Xian in central China.

A Remain campaigner in the 2016 EU referendum, Mr Hunt has since said he would vote Leave in a second vote. He said this was because of the “arrogance of the European Commission” in Brexit negotiations.

He also likened the Brexit negotiating tactics of the EU to the Soviet Union. The comparison provoked criticism from EU ambassadors and politicians and there were calls for an apology.

Mr Hunt says he want to negotiate a “credible” Brexit plan by securing changes to the controversial Irish backstop.

However, he does not rule out leaving the EU without a deal if such an outcome becomes “the only way to deliver Brexit”.

But unlike his leadership rival, Boris Johnson, he says the current departure date of 31 October is not a hard deadline.

Scroll for more
Tap
data-ad-format="auto">
Tory leadership: Stage set for Johnson v Hunt
Track record: Boris Johnson
We use cookies to ensure that we give you the best experience on our website. If you continue to use this site we will assume that you are happy with it.Ok