Theresa May urges Jeremy Corbyn to do a Brexit deal

Theresa May urges Jeremy Corbyn to do a Brexit deal

Theresa May has called for Jeremy Corbyn to “put their differences aside” and agree a Brexit deal.

The UK was supposed to leave the EU on 29 March – but the deadline was delayed until 31 October, after MPs rejected Theresa May’s withdrawal agreement three times.

Mrs May is now seeking Labour support to get an agreement through Parliament.

Writing in the Mail on Sunday, she said they should “listen to what voters” said in Thursday’s local elections.

The prime minister blamed the Brexit impasse for the losses – but said the elections gave “fresh urgency” to find a way to “break the deadlock”.

Mrs May said she hopes to find a “unified, cross-party position” with Labour – despite admitting that her colleagues “find this decision uncomfortable” and that “frankly, it is not what I wanted, either”.

Talks between Labour and the Conservatives are to resume on Tuesday.

According to the Sunday Times, Mrs May will comprise on three areas: customs, goods alignment and workers’ rights.

The paper says she could put forward plans for a comprehensive, but temporary, customs arrangement with the EU that would last until the next general election.

The BBC’s political correspondent Chris Mason said reaching a deal was “fraught with risk” for both Mrs May and Mr Corbyn.

“A deal on a customs union would be deeply divisive for the Conservatives,” he said. “Accepting there’d be no new referendum would split Labour.” 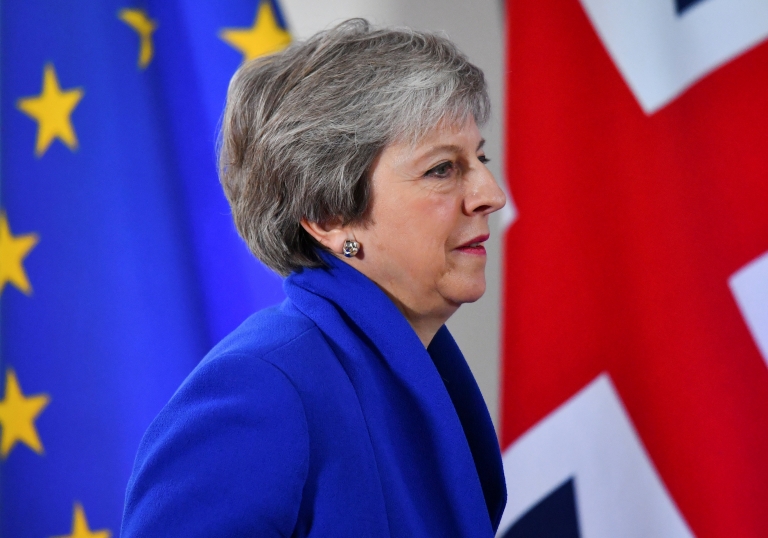 Sir Graham Brady, the chairman of the 1922 committee of Tory backbenchers, told the Telegraph that staying in a customs union could lead to a “catastrophic split” in the Conservative Party.

And, in the same paper, Brexit Party leader Nigel Farage said: “If the Tories do a deal with Labour on the customs union they will be going into coalition with the opposition against the people.”

On Saturday, former Conservative leader Iain Duncan Smith said a deal with Labour would not be legitimate.

“As a result of the devastating [local] election result, the PM has in effect become a caretaker,” he told the BBC.

“As such, she is not empowered to make any deal with the Labour Party which itself suffered a very similar result. Two discredited administrations making a discredited deal is not the answer to the electorate.”

Scroll for more
Tap
data-ad-format="auto">
Traffic-free days begin in Edinburgh city centre
False allegations of fabricated illness ‘ripped family apart’
We use cookies to ensure that we give you the best experience on our website. If you continue to use this site we will assume that you are happy with it.Ok