Staff at 74 universities across the UK are beginning a 14-day strike over pensions and pay and conditions.

The University and College Union will hold strikes between 20 February and 13 March and has estimated more than a million students will be affected.

This latest strike follows eight days of industrial action in November and December.

Action was also held in February and March last year, meaning some students face disruption for the third time.

The universities say strikes are not the way forward and have promised to do all they can to minimise the impact of industrial action on students.

The UCU says 50,000 of its members will take the action over workloads, pay, a 15% gender pay gap, increased casualisation and changes to pensions for staff in the Universities Superannuation Scheme (USS).

The union is angry members are now having to pay 9.6% in pension contributions, up from 8%, and wants universities to pay the full increase instead.

In addition to striking, union members are taking other forms of industrial action, including working strictly to contract, not covering for absent colleagues and refusing to reschedule lectures lost during the strikes. 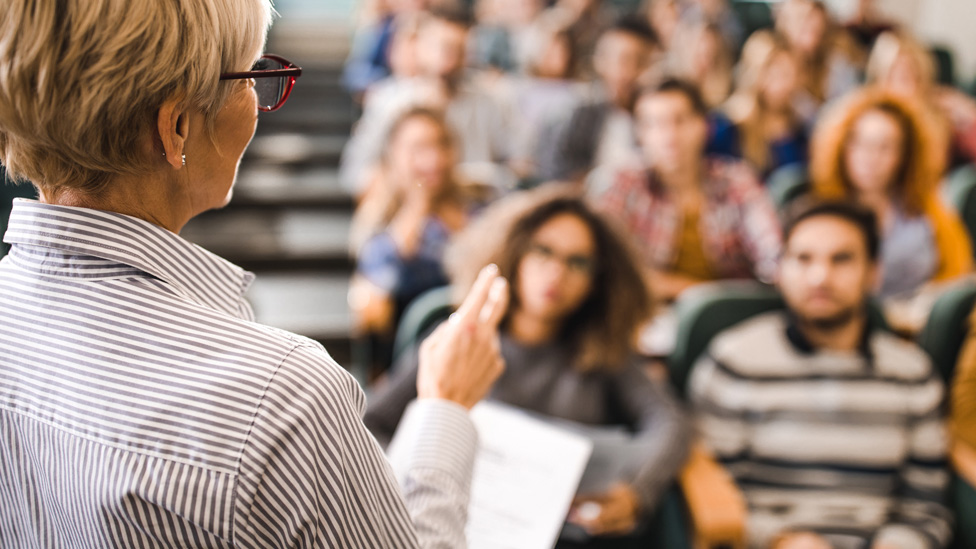 General secretary Jo Grady said: “This unprecedented level of action shows just how angry staff are at their universities’ refusal to negotiate properly with us.”


But the Universities and Colleges Employers Association (UCEA) says it has invited the union to further talks and is “dismayed” by “damaging strike action”.

University of Southampton president and vice-chancellor Prof Mark Smith, who chairs the UCEA, said: “We are very sorry for the impact industrial action has on students’ study.

The association says employers have increased their pension contributions from 18% to 21.1% of salary, paying in an extra £250m each year.

Oxford Brookes University vice-chancellor Prof Alistair Fitt, a member of the Employers Pensions Forum for Higher Education, said universities were doing all they could to lessen the impact on students and many had opened telephone support numbers, special web pages and strike helpdesks.

An online survey, published by The Student Room earlier this week, suggests 47% of students think it is right for lecturers to strike.

And many students affected by the strike last term told BBC News they understood why lecturers’ were taking action, even though they were missing out.

But many students are angry they are losing out on lectures and tutorials in the run-up to exams.

Sarah Howlett, a final-year English student at Exeter University, told BBC News the strike was “a bit of a setback”, not least because her dissertation was due in in April.

“It’s the feeling that if I encountered a problem or needed feedback, I can’t get that – it would be nice to pop round to their office or send an email but I won’t be able to do that,” she said.

“I do sympathise with why they’re striking but it feels like they’ve done quite a few strikes and that there could be a less disruptive and more effective way to get their desired outcome.”

Her friend Emma Crawford, a third-year geography student, said she was anxious because her final-year dissertation was due in in March.

“I understand why they’re striking but the time they’re doing it is a critical time for me,” she said.

Students at a number of universities, including York, Newcastle and Sheffield Hallam, have started petitions asking for money back from their universities because of the loss of contact hours.

The Sheffield Hallam petition has about 14,000 signatures and is asking for £863.33 reimbursement per affected student for 14 days of disruption, based on the amount of fees paid.

Third-year student Tom Barton, who set up the petition, told BBC News he felt frustrated by the strikes last term.

“I missed out on a lot of tuition in a crucial period and it definitely affected my grade for some modules,” he said.

“So when we found out they were doing another strike which would be even longer, we felt like we had to do something to get our voices heard, because no-one has ever listened in the past.”

However, Tom said, he was supportive of the lecturers’ action.

“We definitely support the strike, that’s something that I have tried to make as clear as possible throughout all of this,” he said.

“We stand with our lecturers on this. However, we shouldn’t be disadvantaged.”

Francis Clarke, of Birmingham University, said he and colleagues were not “relishing the prospect of having to take more strike action” but the overall mood was one of “determination and defiance”.

“Nobody takes strike action lightly – after all, it takes us away doing the jobs we are proud to do and it means we won’t get paid for up to 14 days,” he said.

“Sadly, though, these problems have been building for years and despite the best efforts of our local [UCU] branch, as well as national UCU negotiators, university employers have consistently failed to address these serious concerns.”

He and his colleagues did understand students’ concerns and were “disappointed that we are in this position”, he added.

What do the official statistics show?

Statistics from the Higher Education Statistics Agency (Hesa) show there were 217,065 academic staff working in universities in 2018-19.

When is the action?

The UCU has set out 14 days of action over a period of four weeks:

Which universities are affected?

A total of 47 universities have staff taking part in action over both pensions and pay and conditions:

Staff at 22 universities are taking action over pay and conditions:

Staff at five institutions are taking action over pensions only:

Scroll for more
Tap
data-ad-format="auto">
TikTok ‘family safety mode’ gives parents some app control
UCL ban on staff-student relationships is ‘a wake up call’ – campaigners
We use cookies to ensure that we give you the best experience on our website. If you continue to use this site we will assume that you are happy with it.Ok