Metropolitan Police officers were four times more likely to use force against black people compared with the white population, new figures have suggested.

Restraint techniques were also more likely to be used on black people, according to force records.

A serving officer told the BBC this was because police found black people “more threatening and aggressive”.

Scotland Yard said “the causes of disproportionality are not straight forward and easy to understand”.

Assistant Commissioner Nick Ephgrave told the BBC the police response could only be judged when taking into account “the types of crimes committed, the type of demographics of individuals involved in those crimes”.

While force was used on white people more often, the rate of incidents was lower compared with the proportion of London’s population that was white, according to Greater London Authority estimates.

Use of force statistic

A serving officer, who spoke to the BBC on condition of anonymity, said: “As far as they’re concerned black people are more aggressive.

“You should calm them down but instead they are keen to put hands on first because it’s flight or fight.

“Particularly with black men, if a black person is upset, saying ‘it’s hurting’, they say ‘it looks fine to me’.”

Restraint techniques and unarmed skills – which include wristlocks, strikes, take downs and groundpinning – are three times as likely to be used on black people than on white people, according to BBC analysis of Met Police data.

The Independent Office for Police Conduct (IOPC) has launched an investigation into several incidents of apparent disproportionate use of force across London.

Since 1 April 2017, police forces in Britain have had to keep a detailed record of each time an officer used force.


Techniques such as verbal instructions and using firearms get recorded.

Nathan Addae said he contemplated suicide after he was knocked unconscious during an arrest for alleged taxi touting at Heathrow Airport.

During the incident in October 2013, Mr Addae said, the police confirmed he was working on a pre-booked job.

Despite this he said he was arrested and handcuffed with his arms behind his back.

If the police did not “arrest me because I’ve done something” they must have had “a completely different motive”, Mr Addae claimed.

“That’s when I realised it was going to be a racial case,” he said.

Mr Addae was arrested in a section of Heathrow Airport car park with no CCTV.

While he was in handcuffs, police escalated the use of force, Mr Addae alleged. He claimed he was tripped over and an officer knelt on his chest.

“I didn’t think I was going to survive.”

Six officers then carried Mr Addae to the police van.

Police claimed Mr Addae was resisting arrest and bit an officer but he was cleared of all charges by magistrates.

“Any time I go out the fear of a police car behind me or fear of police alarm is constant,” he said.

“During this there have been times I’ve contemplated suicide.”

Mr Addae made a formal complaint to the IOPC, which “ultimately found there was no case to answer and Mr Addae’s complaints were not upheld”.

Rod Charles, the great uncle of Rashan Charles, a 20-year-old who died after he was restrained by police in July 2017, said “the majority of police do good work”.

Mr Charles, a former chief inspector in the Met Police, told the BBC he “stands firmly with any officer who has to use lethal force and the highest level of force when necessary”.

“We also need to acknowledge that some police officers are letting society down,” he said.

Mr Charles, who now trains officers in how to use force, said: “There are some people who think that there is a superior race, and superior beings to others.

“If you have those people in the police force they will treat people in an inhuman way.

“As a manager I always forgave a mistake. But racism and prejudice, that’s not a mistake, that’s a personality trait.”

Not disciplining officers for inappropriate use of force “makes it impossible for officers doing a fantastic job”, Mr Charles said.

‘They wanted me to be aggressive’

Dwayne Francis was detained while waiting in his car for a post office to open en route to work.

Despite showing them his work badge, the officers insisted Mr Francis, a safeguarding lead at a school in Southwark, get out of his car.

“Within 30 seconds I was in handcuffs and police were surrounding me,” Mr Francis said.

Officers told him they could see cannabis in his car and he was searched under the Misuse of Drugs Act.

Police said: “Nothing was found; the driver was not arrested and no further action taken.”

During the incident officers “were manhandling me and touching my property”, Mr Francis said.

“I felt quite vulnerable. I felt insignificant.”

Mr Francis said the officer who put him in handcuffs was “being antagonistic” and “belittling” him.

“They wanted me to be an aggressive black man but I didn’t want to give that to them.

“Luckily I’m a calm person. I’ve got thick skin, but for someone else their tolerance is different to mine and the outcome could have been completely different.

“I still don’t know why they deemed me to be a risk.”

Mr Francis’s case has been referred to the IOPC, whose regional director Sal Naseem said: “We are investigating the circumstances of this incident to determine whether the actions of the officers were appropriate and proportionate and followed approved police policies and procedures.

“We will also examine if the officers’ actions were motivated by racial discrimination.

Since the incident Mr Francis has been working with officers in his borough on how to improve relationships with the local community. 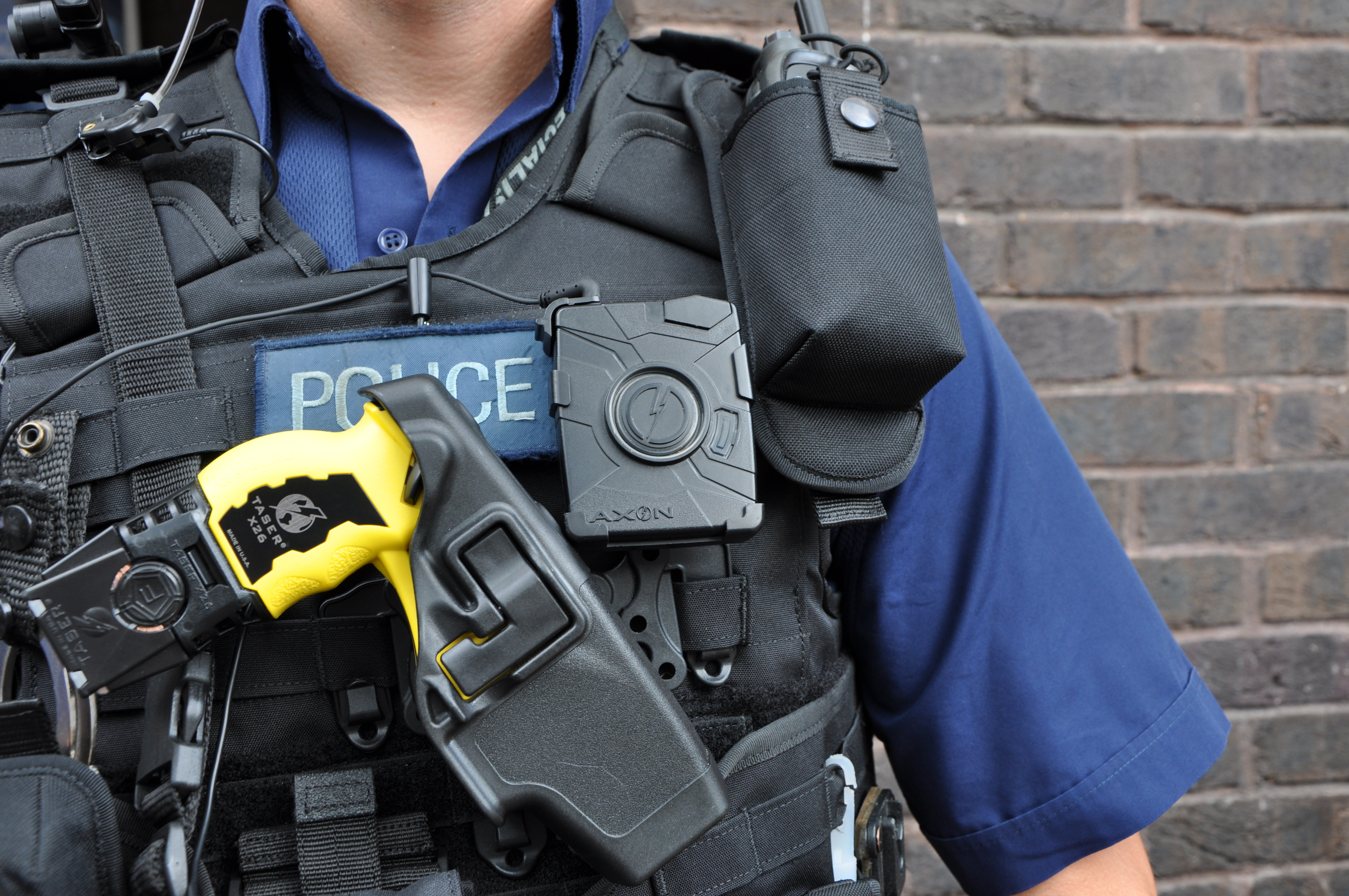 Use of force figures at a glance

Assistant commissioner Mr Ephgrave said he was “worried” by the “disproportionality” in the use of force.

“We are trying to prevent young people from whatever background being injured and becoming victims of gun crime, knife crime and serious violence,” he said.

“And we have to therefore focus our efforts on those who are involved in perpetrating that violence – and that’s going to end up in disproportionate interactions.

“I take no pleasure in saying this, and it must be hard reading for people from black and minority ethnic backgrounds, but we do know that black men are disproportionately affected by these types of crimes.

“If you simply look at disproportionality you’re not seeing the full picture.”

Mr Ephgrave said he did not know if there was “unconscious bias” among Met Police officers.

“But every action is scrutinised,” he said.

“Through that use of scrutiny we hope to be as open and transparent as possible and let the public decide.”

Scroll for more
Tap
data-ad-format="auto">
Offices could relocate to suburbs, survey suggests
Coronavirus: UK lockdown solidarity ‘starting to fray’
We use cookies to ensure that we give you the best experience on our website. If you continue to use this site we will assume that you are happy with it.Ok