Gardens in south west Scotland which are home to some of the world’s rarest plants are recovering after serious flooding over the winter.

Logan Botanic Garden at Port Logan near Stranraer was badly hit in February as water poured across plant beds.

Curator Richard Baines described the situation at the time as “very concerning”.

However, the gardens have been able to reopen without significant impact on the many rare species they host.

The garden is home to 120 species that are threatened with extinction out of about 2,500 species in total.

It usually enjoys an “almost subtropical climate” in the south-west tip of Scotland and is renowned for its collection of plants not normally seen growing outside so far north. 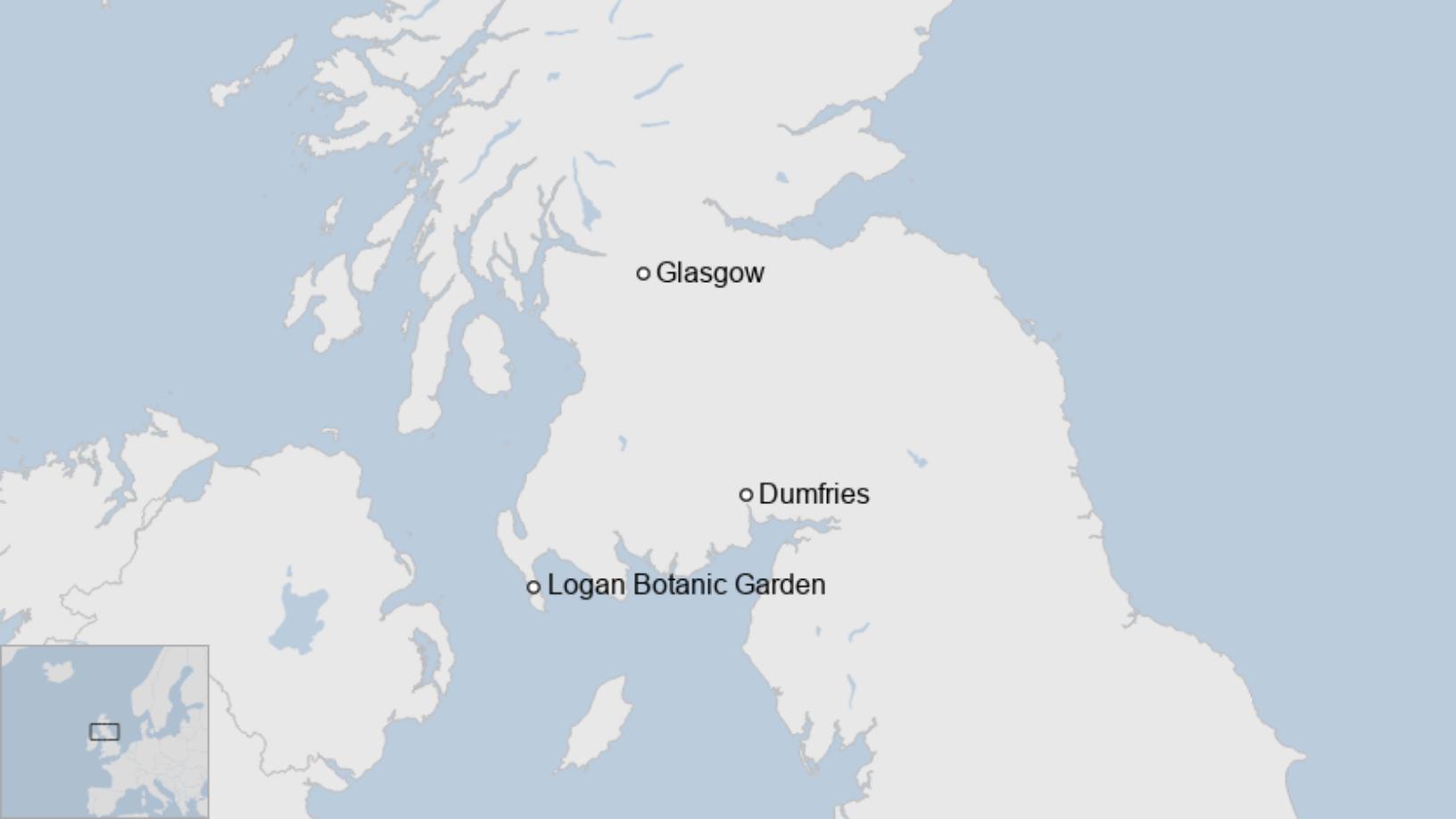 They were put at risk when the heavens opened on 4 February and it recorded some of the highest rainfall of any part of the UK.

As the ground struggled to cope, by mid-morning a pond had overflowed and created a new water course heading over borders and paths.

image captionThe walled garden was one of the worst affected areas

“Initially, we were faced with a scene of devastation,” Mr Baines said.

“Over the next fortnight the flooded area finally dried out and the scars of what had occurred were clearly visible.

“Deep craters had been gouged out in woodland paths, plant roots were exposed where the soil had been washed away and a layer of silt deposits covered the path in the walled garden.”

It provoked a major repairs operation over the following weeks to prepare for the return of visitors.

image captionThe gardens near Port Logan have reopened to visitors

At the same time, the gardeners began counting the cost on what Mr Baines calls the “core reason” for Logan’s existence as a regional garden of the Royal Botanic Garden Edinburgh – caring for species threatened in the wild.

“The flooding could have resulted in untold damage to the living collection,” he said.

“A few sub-tropical gingers, including Hedychium yunnanense from North Vietnam could not handle the excess moisture and were unfortunate casualties.

“This was really disappointing for our ex-situ conservation programme and clearly demonstrates that plants in cultivation and in the wild are both vulnerable to the extremities of climate change.”

By late April, the garden was back to its best with any damage hard to see and borders bursting with early flowering rhododendrons, camellias and exotic palms.

However, Mr Baines said the experience at Logan this winter was a cautionary one for all gardens and underlined the impact of climate change.

“As gardeners, we need to reduce the amount of paved areas that we have around our homes and businesses and increase the areas covered with soil to enable the rainfall to be absorbed and drain away naturally,” he said.

“A lot of small actions can make a big difference.

“We also need to think about considering parts of the garden which at times may be naturally wetter collecting rainfall and selecting plant species that will tolerate the wetter conditions.”

Records at all four of the Royal Botanic Garden Edinburgh’s gardens – at Logan, Edinburgh, Benmore in Argyll and Dawyck in the Borders – show the average temperature is rising along with rainfall intensity.

Last year there were only two frosts recorded all winter at Logan while Benmore also saw its wettest day ever on 4 February.

The changes have prompted the trial of a rain garden in Edinburgh to look at plants coping best with the new weather conditions.

Ultimately, said Mr Baines, the bottom line for everyone will be ensuring they “work with nature – not against it”.

All images are copyrighted.

Scroll for more
Tap
data-ad-format="auto">
Charity shops: Six things to check before you drop off your old stuff
Manchester United v Liverpool game off after fan protest
We use cookies to ensure that we give you the best experience on our website. If you continue to use this site we will assume that you are happy with it.Ok