Over 1953, they moved in their tens of thousands, leaving war-torn Europe for Australia in pursuit of a better life.

Among them was Joseph Bertony. Despite being only 31 at the time, the engineer had already lived through a lot.

After joining the French Navy, Bertony had been recruited as a spy for the Allied forces. But this had led to him being interned in two Nazi concentration camps, where his genius was exploited and he was forced to work on the construction of Nazi flying bombs.

Eventually he escaped, and was awarded the French military medal Croix de Guerre for his service.

Little did he know when he left Europe that one of his greatest achievements was still ahead of him: the completion of the 30,000 hand-calculated mathematical formulae that made the Sydney Opera House’s iconic sails a reality.

Joseph Bertony died on 7 April, aged 97, at his home near Sydney.

Bertony was born on the French island of Corsica and, after leaving school, he joined the Navy and moved to St Tropez to study to become a naval engineer.

But being young and bright, it wasn’t long before he was recruited by the intelligence service – something he saw as a smart career move.

“It did teach him lots of special skills,” Australian journalist Helen Pitt tells BBC News. Ms Pitt first met Bertony when he was 95, while she was doing research for The House, her book on the creation of the Sydney Opera House. Until then his contribution had not been widely acknowledged, due in no small part to his modesty. The two of them remained friends.

Even in his old age, she says, “he was a very quiet man; he watched the room around him, and he took the cues from others around him in the room. He said that often that was a skill from being a spy – watching how people were and taking cues from them”.

Spying was dangerous work, and a short while into the job Bertony was uncovered by Nazi forces. He was sent to Mauthausen-Gusen, a concentration camp near Vienna where it’s estimated at least 90,000 people were killed.

He was forced to work there until the guards made an error while transporting people that, miraculously, allowed him to escape. After regaining his freedom, he returned to work for the French military.

But he was later arrested again on the streets of Paris, and this time he was sent to the notorious Buchenwald camp in Germany.

Almost 280,000 people were imprisoned in Buchenwald, many of whom were political prisoners like Bertony.

The ‘leader of the carrots’

He was made to put his technical skills to use in the production of the German V1 and V2 bombs – the latter of which was the world’s first ballistic liquid-propelled missile. It was nicknamed “Vengeance Weapon Two” by Josef Goebbels’ ministry of propaganda.


Bertony was ashamed of this work, Ms Pitt tells the BBC, and he remained so until his old age. But, she says, he had no choice – “he was forced to do it”.

Bertony and other prisoners would work long hours in an underground factory in a tunnel, with nothing to eat but the very occasional loaf of bread to be shared between five of them. Sometimes, Bertony would give up his share so the others could have more – an act that would anger the SS guards.

“It is lucky I have a good metabolism, as I was able to survive on very little food,” he would tell Ms Pitt years later. Because of the long-term starvation, she says, he had to train himself to survive with little to no food for weeks.

The prisoners also had to intermittently work on a farm, with Bertony being designated the “carotenfuhrer” – that is, the leader of the carrots – who was responsible for guarding silos full of the vegetable. The punishment for allowing someone to eat a carrot was that both he and they would be stripped naked and whipped; with people starving, this ended up happening many times.

When US troops eventually arrived to liberate the camp in 1945, SS guards quickly rounded up the prisoners and marched them to the mountainous German-Czech border, where they then loaded them onto a cattle train.

It was a mass execution. After travelling for a while the train stopped, the guards dug a large hole and started shooting the prisoners. The bodies were then heaped into the pit.

Anticipating what was happening, Bertony, by then in his early 20s, and another man about the same age decided to take their chances. The two jumped out of the train and landed in the snow before escaping on foot.

It was freezing cold, and they were wearing nothing but the thin, flimsy jacket and trousers that formed their camp uniform. But they started to walk, and eventually got to safety.

The two remained friends for decades afterwards. That man, Bertony would later admit, was the only person he really felt comfortable talking to about the war.

A new life in Australia

In 1953, Bertony was one of about 170,000 European migrants to resettle in Australia in the years after World War Two. The Australian Government assisted people from the war-torn continent to move, provided they agreed to work in jobs that they were assigned for at least two years.

He was given a job as an engineer at a construction company called Hornibrook, which at that point was known mainly for building large bridges. While there, he met the woman who would later become his wife – and with that, he realised he would be in Australia for the rest of his life.

In the early 1960s he was deployed to Sydney to solve a complex problem to do with one of the city’s major projects: a new opera house. 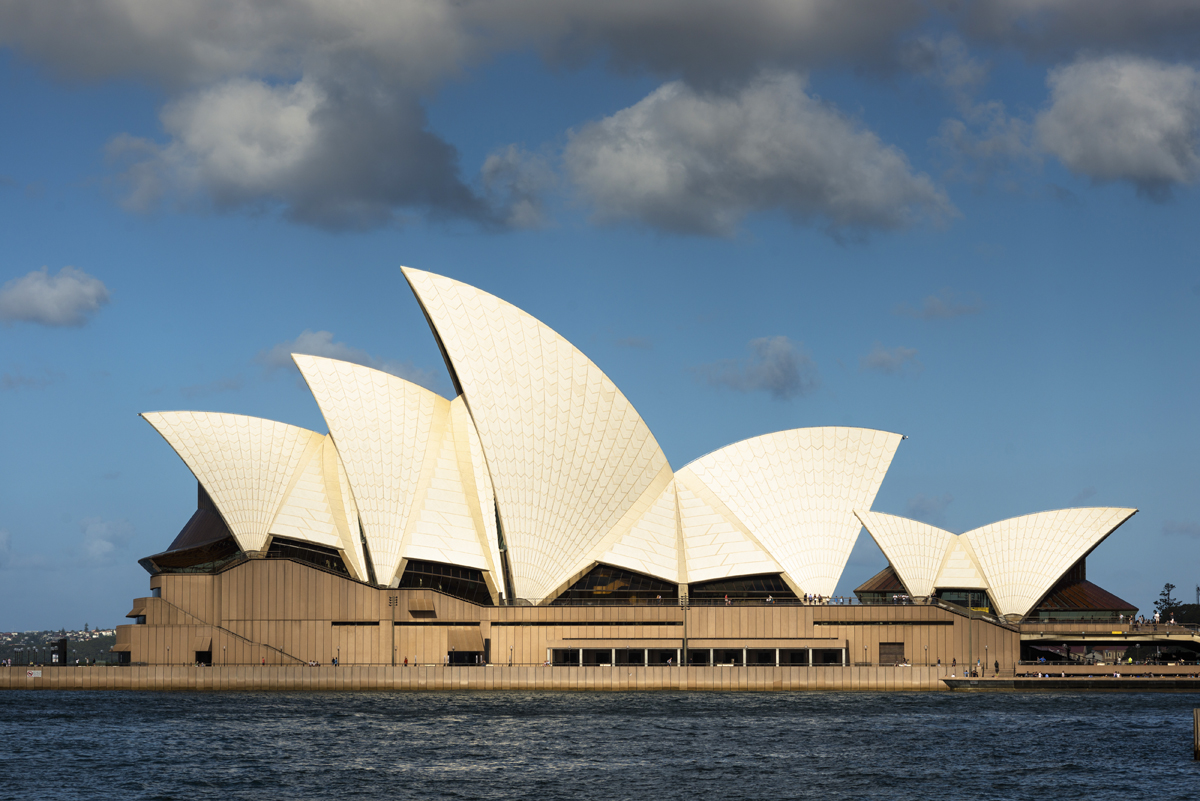 He would eat, breathe and sleep the Sydney Opera House.

The issue, he learned, was that the roof of the building was supposed to be made up of large concrete sails – a visually arresting but logistically very tricky plan. An even more ambitious design, with flatter sails, had already been ruled out.

What it needed was a strong arch that would be able to support exactly the amount of pressure from the concrete. So he set to work.

Bertony spent the next half a year working on the calculations for that arch support, solving 30,000 different complex equations by hand. Those notes, which are now on display in Sydney’s Museum of Applied Arts and Sciences, were all neatly and methodically laid out.

“He was a brilliant mathematician,” Ms Pitt says. “He did those 30,000 hand-rendered mathematical equations in six months, which is a very short period of time – and that’s all he did. He would eat, breathe and sleep the Sydney Opera House.”

The margin of error on these calculations was tiny – about half an inch – so Hornibrook naturally wanted to check that Bertony hadn’t made any mistakes. They needed a computer.

At that time, there was only one computer in the country with the capacity to process something this complicated. It was the IBM 7090, and it was located in a military research centre in Woomera – about 1,700 km from Sydney.

As well as being far away, the computer was available for only one week a month – and even then, only at night. So one of Bertony’s younger colleagues, David Evans, diligently spent those weeks running the sums through the computer.

When he finally finished, it was confirmed: Bertony hadn’t made a single error.

In his autumn years, Bertony developed a love of electric cars and fine French food, regularly trying out new restaurants in Sydney and eating his food slowly and methodically. He also kept up his work by mentoring young engineers, and when he died he was working on a Scottish wind farm project.

He even completed all of the the mathematical calculations necessary for the opera house’s original, discarded design, also by hand – just to prove that it would have been possible after all.

And Ms Pitt says that occasionally, despite years having passed, he would still be in awe of what he had helped to create.

“The last time I drove with him across the Harbour Bridge, he glanced over to the right to the opera house as he was driving and said: ‘I still can’t believe I did that.'”

Scroll for more
Tap
data-ad-format="auto">
Ian Cognito: Comedian dies on-stage in Bicester
Glass sculptures invite reflection at Kew Gardens
We use cookies to ensure that we give you the best experience on our website. If you continue to use this site we will assume that you are happy with it.Ok