Covid: The Clacton GP who took his staff on holiday with him

Covid: The Clacton GP who took his staff on holiday with him

Nowhere in England or Wales has been hit harder by coronavirus than Tendring, a coastal swathe of Essex where the virus has killed one in every 234 people in the past year. A year on from the first lockdown, here is the the story of one of those who died.

It is 1969, the year humankind first put foot on the Moon.

That same year, at a party for doctors in London, a young nurse of Irish descent meets a rising medical star from Pakistan. She feels an “immediate attraction” for this “really smart and handsome man” who later walks her home to her accommodation.

The hospital doctor, who has aspirations to become a leading anaesthetist, is Dr Karamat Ullah Mirza. The young student nurse is Estelle Stoops, who three years after that slow, romantic, stroll home would become Mrs Mirza.

Dr Mirza had Covid-19 when he died last May at the age of 84. He was still working up until two weeks before his death.

A combination of circumstance and accident meant Dr Mirza’s plans for a long and distinguished career in anaesthetics never came to fruition.

Instead, he became the first Asian doctor in the Essex resort of Clacton-on-Sea, tending to the medical needs of three generations of townsfolk. 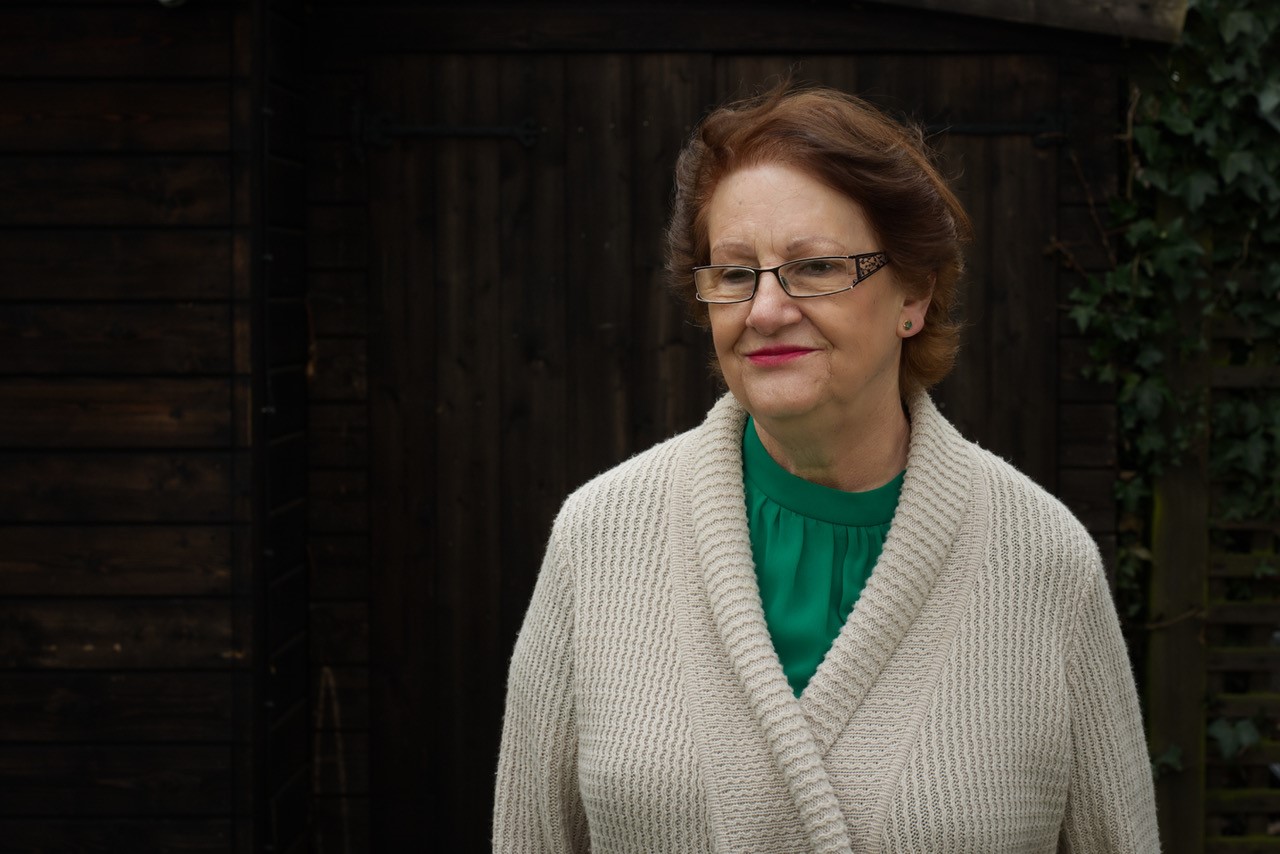 He had worked in war zones and through cholera outbreaks. He had survived death many, many times. It never crossed his mind he would not survive this.”

Tearful residents of the town lined the streets to clap as his funeral cortege passed by.

Such a visible outpouring of affection, says Mrs Mirza, was a far cry from the Clacton he arrived in some 40 years previously.

The couple moved to the town in 1974 and Dr Mirza took a locum role as a GP to cover for a doctor who had suffered a heart attack.

When the GP he was filling in for subsequently died, Dr Mirza was offered the post.

“He was the first Asian doctor in the town,” says Mrs Mirza. “They did not really know what to make of him.”

She tells how some patients initially went to see Dr Mirza and then booked appointments with another doctor at the Old Road surgery to get a second opinion.

“He joined general practice and just stayed there,” says Mrs Mirza. “Everything was accidental really.”

Suspicions about Dr Mirza – which Mrs Mirza believes included doubts about whether his training in Pakistan was as thorough as medical training in the UK – continued “for a while”.

“Then, in the end, he became very popular and the people realised he was an excellent doctor,” she says.

“They were actually very lucky to have him, given his background as a hospital registrar with a forward-thinking approach to medicine.”

The onset of coronavirus for Dr Mirza, who had been taking medication for a heart condition, was very sudden.

At first, he remained at home, tended to by Mrs Mirza, who worked as a nurse alongside her husband at the surgery.

Mrs Mirza, who does not recall her husband ever being poorly enough to take a day off work, tells how seeing him bedridden was a surprise both for her and their children.

But when his blood oxygen levels fell below 90% she decided he needed to go to hospital.

His primary concern at that stage, she says, was what would happen to his patients who had booked appointments.

“When he went off in the ambulance, I never thought for a moment he wouldn’t come back,” she says.

“He was a man who would never have thought he would succumb to this virus.

“He had worked in war zones and through cholera outbreaks. He had survived death many, many times. It never crossed his mind he would not survive this.

“I could not believe that he would die – I almost felt he was immortal.”

However, the couple’s early courtship was not a whirlwind romance that led inexorably to the altar, says Mrs Mirza.

“I knew there was a big difference in our background and it took me a while to adjust,” she says. “And there was the added dimension of religion.”

Mrs Mirza, an Irish Presbyterian, says she would not have married Dr Mirza had a conversion to Islam been demanded.

“We were together for three years before we married. We needed to be certain it was the right thing,” says Mrs Mirza.

Certain, they were. But it was not until after the wedding that Dr Mirza told his family in Pakistan that he had married a white Christian woman in the UK.

And when she first joined him on a visit to see her new extended family in Pakistan, it was, she says, a “huge culture shock”.

image caption“There were a lot of cultural differences but he was such an amazing man that I was able to overcome them,” says Mrs Mirza

Dr Mirza had a surprise for Mrs Mirza, with whom he had two children, too.

Although she knew he had a son from a previous marriage, with a woman who had died in childbirth, she did not know until much further on in their marriage that he had actually been married twice before her.

From that second marriage, to a woman from one of the tribal areas of Pakistan, Dr Mirza had fathered a daughter. And by the time Mrs Mirza first met her, the daughter had become a mother herself.

“There were a lot of cultural differences but he was such an amazing man that I was able to overcome them,” she says.

He surprised his staff too, such as when he first took nearly the entire surgery staff on holiday with him and Mrs Mirza – something that was to become a regular occurrence.

“The way he treated us was just fantastic,” says Lorraine Moxley, one of the administrators at the Old Road Medical Practice.

Mrs Moxley, who worked with Dr Mirza for 18 years, says: “He loved his personal family and he loved his work family too. That is what we were to him, an extended family.

“It is empty in the surgery without him there.

“His presence is still felt by all of us but there is a big void in the surgery. It is something we have to cope with and deal with every day.

“The patients still ask about him and they ask about how we are doing as well.

“It didn’t matter to Dr Mirza whether you were a ‘down and out’ or a person on your last breath, he showed the same care for everybody, regardless of colour, race or religion.”

image captionLorraine Moxley, who worked with Dr Mirza for 18 years, tells how letters and cards about Dr Mirza were attached to prescription requests after his death

After his death, the surgery suddenly found sympathy cards and personal letters of gratitude arriving attached to prescription requests.

“It was incredible really,” says Mrs Moxley. “The outpouring of love from the people of Clacton was unbelievable.”

Describing the lining of the streets as the hearse carrying Dr Mirza passed by, Mrs Moxley said: “You would have thought he was royalty rather than a GP.

“He was always there for the people of Clacton.

“And at the end, we were all there for him.” 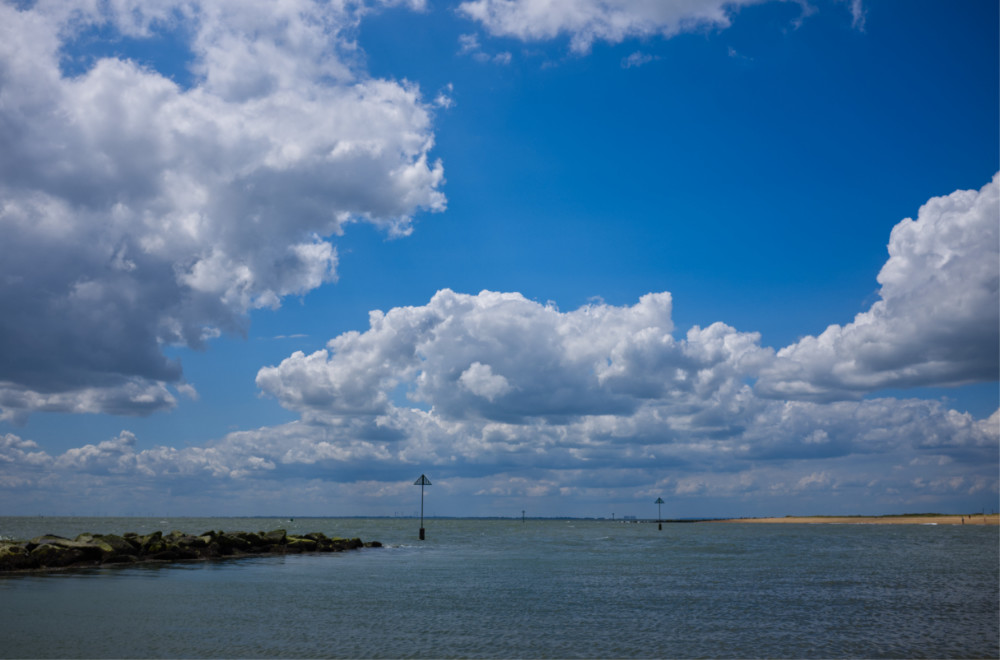 There are two main reasons Tendring’s Covid-19 death rate is the highest.

Firstly, the area has a large elderly population. Tendring has one of the highest percentages of people over the age of 70 and the fourth highest number of care homes in England per head of population.

Older people are less likely to survive Covid as their body is less able to fight off the virus. But it’s not all about age. North Norfolk has an even older age profile but the percentage of deaths there is nowhere near as high as Tendring.

The other factor affecting Tendring is the level of deprivation. It is the most deprived area of the 12 districts in Essex and is the only area in the county which falls into the 10% of most deprived areas nationally.

One public health official told me that those in lower-paid jobs are less able to work from home and are more likely to expose themselves to the virus. But without schemes like food banks delivering food to those shielding, some within the community believe infection rates could have been even higher.

Before Covid hit, Tendring was already the local authority area with the highest percentage of its population dying each year. Sadly, the rate of Covid deaths only reflects and highlights existing inequalities.

Scroll for more
Tap
data-ad-format="auto">
Covid-19: The last ‘normal’ pictures of life before lockdown
Frank Worthington: Former England striker dies aged 72 following long illness
We use cookies to ensure that we give you the best experience on our website. If you continue to use this site we will assume that you are happy with it.Ok