Canada’s multi-billion-dollar relief package to respond to the coronavirus slowdown has passed in the House of Commons.

It allows the government to spend C$82bn ($57bn, £48bn) in emergency aid and economic stimulus.

The bill received approval Wednesday with support from all parties, after amendments that removed provisions giving cabinet unprecedented powers.

It must now go to the Senate for approval.

Legislators passed the package, worth about 3% of the country’s GDP, after a debate in the House of Commons that went into the early morning hours.

Prime Minister Justin Trudeau had promised to push the bill through parliament this week.

“No matter who you are, where you are or what you do, Covid-19 is having an impact on your life,” he said on Tuesday in a press conference from his residence.

“Speed is of the essence.”

Local governments have been increasing social-distancing measures to stem the spread of coronavirus, which has led thousands of businesses to close their doors.

The government said it received 500,000 claims for unemployment benefits last week, about 20-times the amount from the week before. 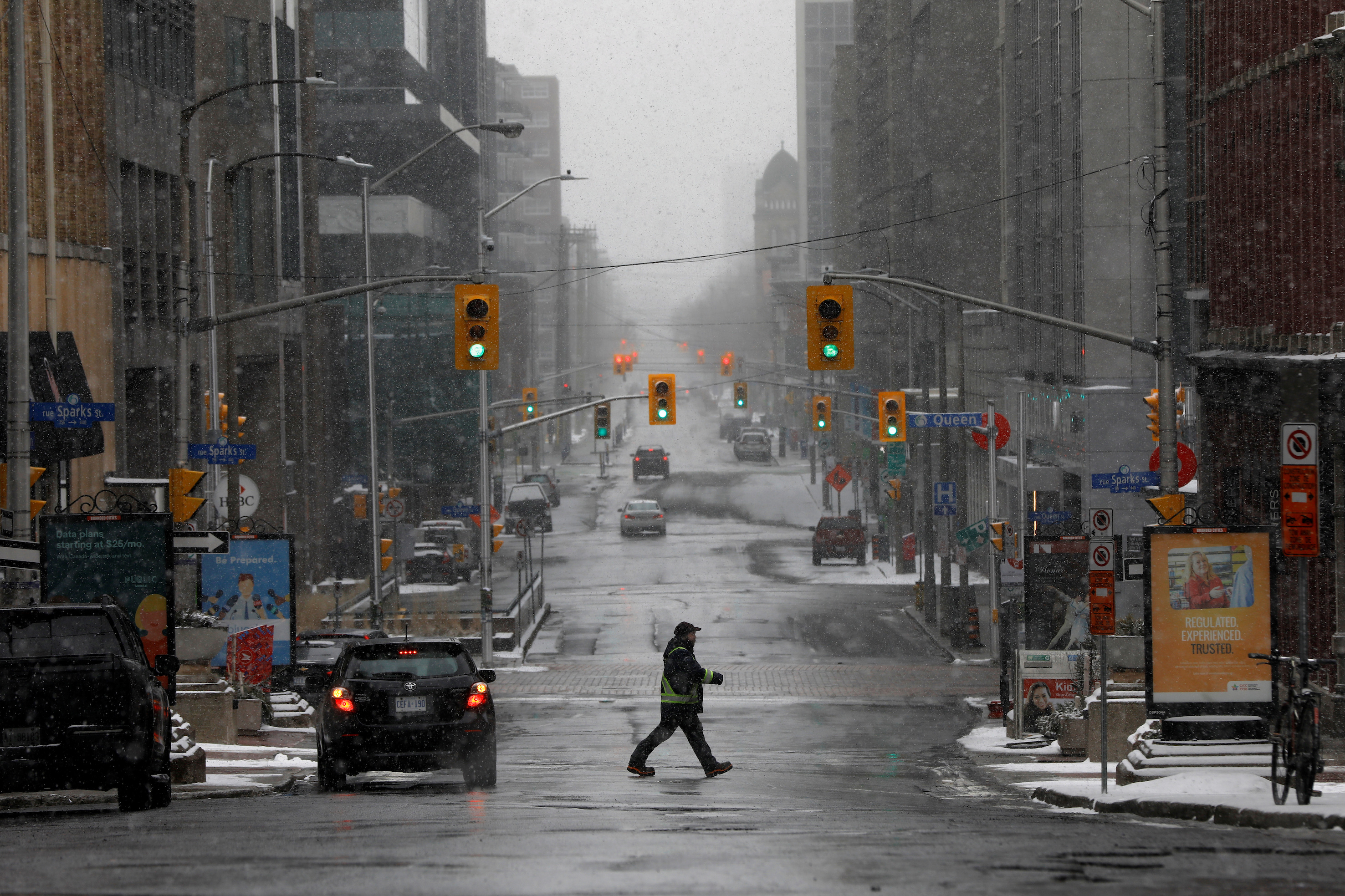 The country’s economy is heading for a downturn as businesses close to stop the spread of coronavirus.

Canada’s oil and gas sector has also taken a sharp downturn as the price of oil plummeted, from about $35.82 for a barrel of Western Canadian Select in January to just $5.43 last week. The oil and gas industry accounts for about 10% of the country’s gross domestic product.

What will the relief package provide?

Measures in the bill include a boost to child benefit payments to families with children, wage subsidies for small employers, assistance for people unable to work due to the pandemic, and tax relief measures.

An earlier version granted Mr Trudeau’s cabinet far-reaching powers to tax and spend without parliamentary approval for up to 21 months.

Mr Trudeau’s Liberal Party lead a minority government and need the support of other parties in order to pass legislation.

Tomorrow, we’ll seek to pass the emergency response to the #COVID19. We consulted with the opposition and will bring changes to the draft legislation. We will always work collaboratively and respect the fundamental role of Parliament. #cdnpoli

Parliament has been suspended since 13 March to allow MPs to work from home, but it reconvened temporarily on Tuesday, but with a limited number of MPs to allow for social distancing.

What is the situation in Canada?

There are currently over 2,790 confirmed cases in Canada, according to data collected by John Hopkins University. There have been over 25 deaths linked to the virus.

There is also now community spread of the virus.

On Tuesday night, all non-essential businesses in Ontario and Quebec – two of its most populous provinces – closed by order of the provincial governments.

Scroll for more
Tap
data-ad-format="auto">
US politicians agree huge stimulus package
Coronavirus: Senate agrees $1.8tn stimulus package with Trump
We use cookies to ensure that we give you the best experience on our website. If you continue to use this site we will assume that you are happy with it.Ok